Email ThisBlogThis!Share to TwitterShare to FacebookShare to Pinterest
Labels: Marching to Zion 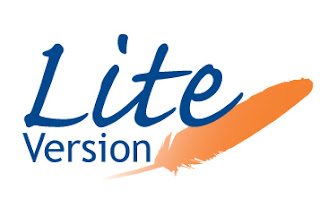 These days, the independent fundamental Baptist movement is becoming an embarrassment. The whole world is going insane and accepting the most bizarre filth imaginable, and instead of breathing fire and judgment against the worst abominations possible as the prophets of old have always done, the independent Baptists are now pandering to homos and even accepting Sodomites and transvestites into their churches!

Take Bob Gray, Sr., for example. He recently posted this article that states that Bruce Jenner is a Christian, and that a transgender person can be a Christian:

He has also recently been posting other articles, some of them written by himself, that state homosexuals are welcome in the church, and that it is a sin like any other. One of them that he wrote himself stated:


I will not put a sign outside the church advertising that we are "gay friendly."  I hope everyone in town knows we are "sinner friendly."

These articles conveniently leave out everything that the Bible says on the subject and make no mention of Biblical words that describe Sodomites such as "vile", "filthy", "strange", "worthy of death", etc. Oh, they are quick to point out that "homosexuality is still a sin." No crap, Sherlock! Wow, you are such a bold preacher to state the most obvious fact in the world! What's next, a sermon on the sky being blue? A sermon on water being wet? Why don't they actually preach through Romans 1 verse-by-verse and explain how they got that way and what they are really like? Why don't they ever mention Leviticus 20:13? How about a sermon on Judges 19?

Who are these guys kidding? Their hero, Dr. Jack Hyles, used to RIP FACE. He told pedophiles to do the world a favor and blow their own brains out. These guys ALL used to preach hard against the Sodomites back when it was popular in the 1990s, but now that it is out of season, they've all gone soft. For example, Dr. Jeff Owens preached in the 1990s in his sermon "Struck Blind," that according to the Bible, homosexuals should be executed and that AIDS is the curse of God. Then, when I uploaded the audio clip of it to YouTube a few years ago, the gay-stapo came after him, and he folded like a house of cards, apologizing for his statements. Funny how their preaching and doctrine has conveniently changed over the last 20 years at the exact same rate that our society is changing on this issue.

Homosexuality is still illegal in 79 countries in the world. They are looking at us and wanting to puke. How in the world can we reach all nations with Gospel of Jesus Christ, when other nations look at us as a modern-day Sodom and Gomorrah? We can't control what our wicked government does to promote Sodomy worldwide, but at least as Christians, at least as Independent Baptists, can we distance ourselves from this junk by STRONGLY condemning it?! "Homosexuality is a sin" isn't going to cut it. The Bible says A LOT more on this subject than that, and ALL of it needs to be preached more loudly than ever before!

I'm sick of these fundamental Baptists telling me not be "unkind" to homosexuals. What does the Bible say?

Lev 20:13  If a man also lie with mankind, as he lieth with a woman, both of them have committed an abomination: they shall surely be put to death; their blood shall be upon them.

2Pe 2:6  And turning the cities of Sodom and Gomorrha into ashes condemned them with an overthrow, making them an ensample unto those that after should live ungodly;
2Pe 2:7  And delivered just Lot, vexed with the filthy conversation of the wicked:
2Pe 2:8  (For that righteous man dwelling among them, in seeing and hearing, vexed his righteous soul from day to day with their unlawful deeds;)

Jud 1:7  Even as Sodom and Gomorrha, and the cities about them in like manner, giving themselves over to fornication, and going after strange flesh, are set forth for an example, suffering the vengeance of eternal fire.
Jud 1:8  Likewise also these filthy dreamers defile the flesh, despise dominion, and speak evil of dignities.

Rom 1:24  Wherefore God also gave them up to uncleanness through the lusts of their own hearts, to dishonour their own bodies between themselves:
Rom 1:25  Who changed the truth of God into a lie, and worshipped and served the creature more than the Creator, who is blessed for ever. Amen.
Rom 1:26  For this cause God gave them up unto vile affections: for even their women did change the natural use into that which is against nature:
Rom 1:27  And likewise also the men, leaving the natural use of the woman, burned in their lust one toward another; men with men working that which is unseemly, and receiving in themselves that recompence of their error which was meet.
Rom 1:28  And even as they did not like to retain God in their knowledge, God gave them over to a reprobate mind, to do those things which are not convenient;
Rom 1:29  Being filled with ALL unrighteousness, fornication, wickedness, covetousness, maliciousness; full of envy, murder, debate, deceit, malignity; whisperers,
Rom 1:30  Backbiters, haters of God, despiteful, proud, boasters, inventors of evil things, disobedient to parents,
Rom 1:31  Without understanding, covenantbreakers, without natural affection, implacable, unmerciful:
Rom 1:32  Who knowing the judgment of God, that they which commit such things are worthy of death, not only do the same, but have pleasure in them that do them.

"And there were also sodomites in the land: and they did according to all the abominations of the nations which the Lord cast out before the children of Israel." - 1 Kings 14:24

"And he took away the sodomites out of the land, and removed all the idols that his fathers had made." - 1 Kings 15:12

"And the remnant of the sodomites, which remained in the days of his father Asa, he took out of the land." - 1 Kings 22:46

"And he brake down the houses of the sodomites, that were by the house of the Lord, where the women wove hangings for the grove." - 2 Kings 23:7

Heb 13:8  Jesus Christ the same yesterday, and to day, and for ever.

Here is a video that actually lines up with what the Bible says:

The full movie, Marching to Zion, now has subtitles in 19 languages! Many more are on the way! Here is what we've got so far:

Here are 12 more that are in progress, coming very soon:

Email ThisBlogThis!Share to TwitterShare to FacebookShare to Pinterest
Labels: Marching to Zion 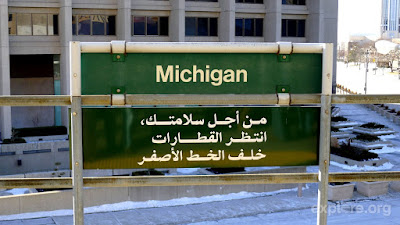 We are going to be having a soul-winning marathon in Dearborn, Michigan, on Friday, June 26th. In addition to winning souls, we will also be handing out hundreds of copies of the Arabic dubbed version of Marching To Zion on DVD.

Over 41% of the population are Arabs, which means that there are over 40,000 Arabs living in Dearborn. The mission field is right here in America!

Other "Christian" groups have gone to Dearborn in the past with the goal of creating anger and controversy amongst the Muslims by being obnoxious. Our goal, on the other hand, will be to speak the truth in love and win people to Christ door-to-door. The Muslims are going to Hell, and they need to be saved by Jesus!

We will be meeting at the Panera Bread in Allen Park, MI, at 9am for an hour of breakfast and fellowship before heading out soul-winning.

If you're coming, please let me know in the comments, or R.S.V.P. to the Facebook event!