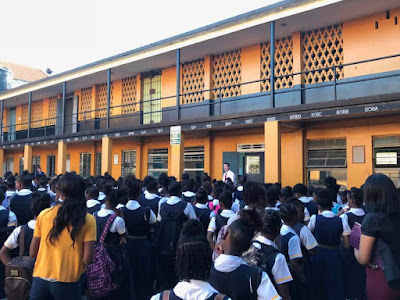 Regardless of the fact that I was banned from Jamaica, the Jamaica mission trip was still a huge success. Out of the 39 people who were planning on going on that trip, 37 of them made it to the field. The only two people who didn’t end up going were my son Isaac and me.

On a week-long mission trip, those 37 people got approximately 800 saved through personal soul winning, either one-on-one or in very small groups. Jamaica is an extremely receptive place, and people were ready to hear the Gospel.

Not only did the team do a lot of personal soul winning, but they also preached to many large crowds. I saw video footage of members of the team preaching to public school assemblies of around 500-600 teenagers. Not only that, but they also got to preach to smaller groups in individual classrooms. Sometimes they were given an entire hour to teach the Bible in these classes. In addition to the preaching they did in the schools, they were also able to preach in police departments to the police force, and they were even allowed onto a military base to preach to the military.

Thousands of people heard the gospel, and over 7,000 DVDS and flash drives were handed out, mainly the DVD “New World Order Bible Versions.” Not only are there now a lot of Baptist materials floating around Jamaica, but the media coverage of me getting banned will potentially cause millions of people all over the Caribbean to hear the Gospel message online.

With all of the negative publicity, you would think that some of the preaching engagements would have gotten canceled, but they all went off without a hitch. In fact, the only place that canceled anything was a left-wing university that decided not to show the movie Babylon U.S.A., probably for political reasons. The fact that our soul winners were received so well goes to show that it wasn’t the people of Jamaica that didn’t want us there.

As with other times I’ve been banned from a country, the media attention boosted internet traffic and millions of people heard the Word of God preached online. The trip itself was a major success, and it wasn’t slowed down whatsoever by me getting banned. Those 37 people accomplished a lot in Jamaica, and the 11 people in Aruba who my son and I were able to win to the Lord, definitely benefited from the change in our plans.

“And we know that all things work together for good to them that love God, to them who are the called according to his purpose.”—Romans 8:28'

Here is a sermon where I preached about the successes over there. The sermon is called "The Word of God is Not Bound"
Posted by sanderson1611 at 10:33 AM 9 comments:

Email ThisBlogThis!Share to TwitterShare to FacebookShare to Pinterest
Labels: missions 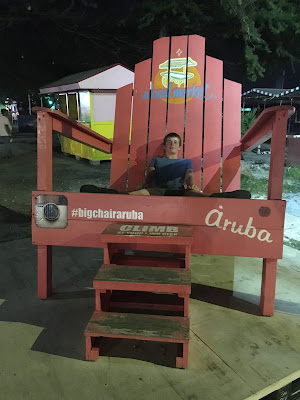 Thank you, everyone, for participating in the contest! The correct answer was Aruba. My son Isaac and I were there for a little less than 3 days, and we were able to get a total of 11 people saved, in addition to swimming and riding bikes.

Here is a list of all the people who guessed correctly during the contest. If you are on the list, and you don't go to Faithful Word Baptist Church, email us your mailing address so we can mail you your consolation prize.

If you are on the list, and you are a member of Faithful Word Baptist Church, we will have a different prize for you, that will be given out in person at a church service.

Here are some funny trailers we made as a joke while we were there: