Dr. Zakir Naik is a Liar


There's a man by the name of Dr. Zakir Naik, and he is one of the most well-known apologists of the Islamic religion. I went to Dr. Naik's channel, and I clicked on one of his most popular videos, which was about a young man who was asking questions about a contradiction in the Koran. It was a contradiction that I had also noticed when I had looked through the Koran.

Let me just read a couple of verses for you from the Koran. In Sura 2, Verse 62, the Koran says, "Believers, those who follow the Jewish faith, Christians, and Sabeans, whoever believes in God and the last day and does what is right shall be rewarded by their Lord. They have nothing to fear or regret."

So he's saying, "Hey, if you're a Christian, you're a Jew, you're a Sabean - as long as you believe in God, do good deeds, and believe in the last day, you will have nothing to fear on Judgment Day," but then, in Sura 3, Verse 85, it says, "He that follows a religion other than Islam, it will not save him, and in the world to come he will surely be among the lost." Then again, in Sura 5, Verse 69, it says, "Believers, those who follow the Jewish faith, Sabeans, and Christians, whoever believes in God and the last day and does what is right shall have nothing to fear or to regret."

So, which one is it? In a couple of places, it's saying if you're a Christian, if you're a Jew, if you're a Sabean, as long as you believe in God, do what's right, and believe in the last day, you'll be fine." Other places are saying, "Look, if you don't believe in the Prophet Muhammad, if you follow any religion other than Islam, you will be damned."

Dr. Zakir Naik: He is quoting the verse out of the Quran, Surah Al Baqarah Chapter 2 Verse 62, that all those who believe in Allah and believe in the last day, irrespective of whether they are Jews or Christians or Sabeans, they shall have no fear, and they will have their reward. A similar thing is repeated in Surah Chapter 5. The brother is asking why here it doesn't mention believing in the Prophet. If you read the context of this revelation, brother, what happened, people came to the prophet and said, "We have been Jews, we have been Christians, we have been Sabeans - can God forgive us? In that context the reply was given, that as long as you believe in Allah and the last day, irrespective of whether previously you were a Jew, or a Christian, or a Sabean, you will get the reward. That does not mean today that a person who says he is a Christian, and who believes Jesus is God, he will go to Jannah (Paradise). No, it does not mean that.

Man: No, I have 2 verses of the Quran supporting me, that if you believe in one God, you do good deeds, and you believe in the last day, you shall have nothing to fear on that day.

Dr. Zakir Naik: 2 verses, but the context of the verses is what?

Dr. Zakir Naik: The context of the verse is when people came to the prophet Mohammad (peace be upon him), and they wanted to accept Islam, that, "Previously we were Jews, we were Christians..." Then the verses say... The context is important.

That is just an outright lie. The young man that Dr. Naik was talking to did not know the context of those verses, but I do know the context because I'm holding a copy of the Koran in my hand, and you can look up both of those references about the Christians, Jews, and Sabeans, and there is no such context. The word "context" would be what comes right before or what comes right after. You can look these up and there is no such thing as these people coming to him and questioning him about their previous affiliation. That is just an outright lie, but Dr. Naik is relying on people's ignorance of the Koran. He gets a big round of applause from all the Muslims that are there, but there is no such context.

Also, it doesn't say that these people used to be Christians. It says very clearly "Those who follow the Jewish faith," present tense, "Christians and Sabeans, whoever believes in God and the last day and does what is right shall be rewarded by their lord, they have nothing to fear or regret." It doesn't say those who used to be Jews, used to be Christians. That is a bold-faced lie, and Dr. Naik is a liar. This book is filled with lies, the Koran, so obviously to defend a book filled with lies, you're going to have to lie, and that's what Dr. Naik goes around doing as I've just demonstrated.

Look it up in the Koran for yourself and see if the context he's talking about is there. It isn't. This is the truth right here, the Holy Bible, Jesus Christ is the way, the truth, and the life. No man cometh unto the father, but by him.
Posted by sanderson1611 at 5:21 PM 3 comments:

You are the reason why people hate Christians! 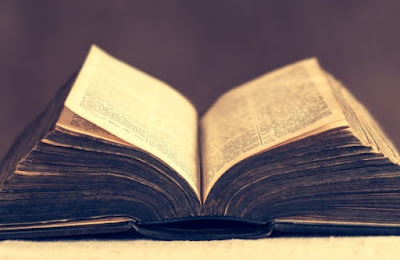 So, in reality the real person who is responsible for people hating Christians is JESUS. If you ever say to anyone, "YOU are the reason why people hate Christians," that statement will only be true if you are talking to Jesus.

We will also be handing out 1,000 free copies of the "After the Tribulation" DVD to go along with the September 11 theme (the first few minutes of the movie mention 9-11).

This will be similar to the "Marching to Dearborn" event we held in June. Don't worry if you've never been soul-winning before. You can just come and be a silent partner.

If you are saved but have not been baptized, bring a change of clothes so Pastor Anderson can baptize you!

This can also double as a mini-vacation because you go soul-winning on Friday and then check out the museums and other attractions on Saturday. All museums and attractions in DC have free admission.