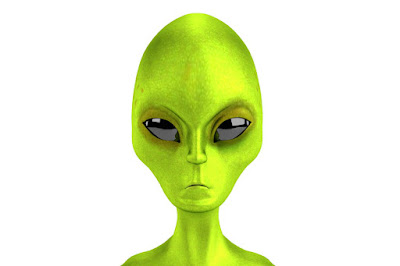 Recently there was a Ruckmanite conference at Victory Baptist Church in Hartford, MI, which I watched online. Since this took place almost exactly one year after the conference Keith Gomez and Sam Gipp held to attack yours truly, I can’t help but assume this was the second annual “Anti-Anderson conference.” I’m calling it that because Ruckmanite ring-leader, Sam Gipp, is clearly obsessed with me. Listen to how many times he mentions me and even addresses me directly throughout the conference:


Although I jokingly refer to their little pro-Israel conference as an anti-Anderson conference, I realize that the entire conference wasn’t about me. Haha. There were several other surprising themes including glorification of violence toward Muslims and also something for all the sci-fi buffs out there.

Although I had the most pulpit mentions, I’m not the only pastor these guys have a beef with. Pastor Bill Grady, one of the keynote speakers at the conference told a story about Pastor McMurtry asking him some questions on the phone about the Jews. Grady likes to say that Pastor McMurtry wasted his time, when Grady was actually the one that called Pastor McMurtry trying to sell him his new book! You can hear that clip here and a lot of other places since Grady has told this same story at many different churches:


The above sermon clip was brought to you by Jimmy John’s. Just kidding, but that story is getting old, Grady. Am I the only one craving a turkey sandwich after all that repetition?

Grady also seems to think we will all be coming back for the Millennium in wedding dresses. Speak for yourself buddy-- I’ll be in a white robe like the Bible says. Listen to this clip for that little gem along with more of Grady’s low points, including him saying that God will break his own word:

One of the craziest statements from the conference came from Pastor Rick Sowell when he said, “I think God’s plan is to populate this entire universe.” Who sits in a church service and listens to this stuff? Perhaps this expansion of the universe thing somehow ties in with evolution and the Gap Theory, which Ruckmanites refer to as the “Gap fact.” Listen to this clip where Sowell twists the scriptures to somehow to try to prove that 298 million planets will eventually be populated! Haven’t we heard something like this before from a man named Joseph Smith? This other planets thing definitely resembles Mormonism. Notice how the Devil repackages a lot of the same lies for different false teachers.

As if all that weren’t bizarre enough, Sam Gipp made an extremely inappropriate joke about handing out tracts at Hooters, a restaurant known as a place to ogle scantily clad waitresses. How would you like to be a woman in that audience hearing this disrespectful and crass reference?

“Fools make a mock at sin: but among the righteous there is favour.” Proverbs 14:9


The irony is that in the same sermon, Grady condemns Faithful Word Baptist Church for allowing women to breastfeed in the services.

It’s hard to pick out the absolute worst moment of the conference, but for me personally, the most disgusting part was listening to an Israeli soldier talking about kidnapping and blowing people up and finding a piece of someone’s brain, which he describes as “fun” and “good times.” The pastors acted like giddy schoolgirls as they hung on the Israeli soldier’s every word. And yes, a love offering was taken for their hero.

I’m hoping that mainstream fundamental Baptists listen to what was said at that conference since Brother Hyles and many of the churches in the Hyles camp were attacked for not embracing Peter Ruckman’s hyper-dispensational doctrine. These Rucktards have a lot of nerve attacking most of fundamentalism for not drinking the Koolaid of Ruckmanism.

Newsflash: Peter Ruckman may have been KJV only, but the guy was a quack! Ruckman went into great detail about aliens from other planets, claimed abortion isn’t murder, and has referred to black people as “monkey men” in his insane writings. More famously, Ruckman taught that there are seven dispensations and that people were saved by works in the Old Testament. The independent fundamental Baptist movement as a whole has rejected Ruckmanism, but lately, it seems to be gaining in popularity in certain circles.

Braindead Ruckmanites are calling the new IFB movement a “Christian cult,” but they are the ones recommending that we get our doctrine from a man! If you are a real Baptist, the Bible is your authority, not some man.

Here is the documentary that provoked the Anti-Anderson Conference Series
Posted by sanderson1611 at 8:23 AM 3 comments: