Where Pastors Stand on the AIDS Sermon 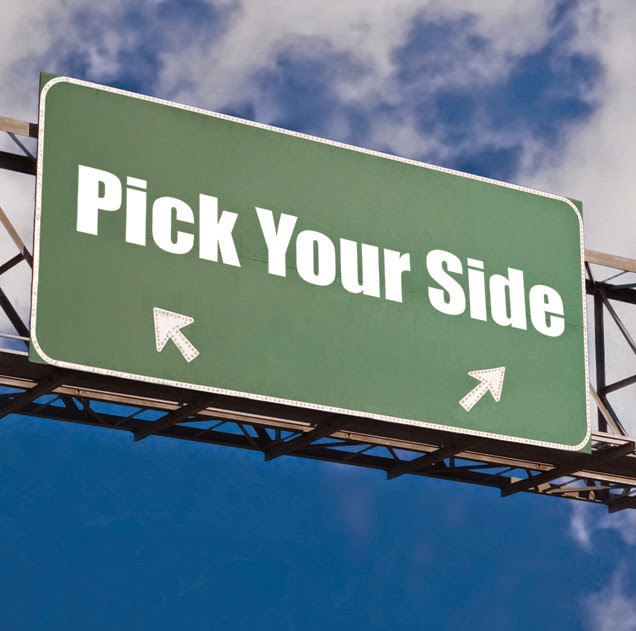 Two weeks ago, I preached a sermon entitled "AIDS: the Judgement of God." In the sermon, I proved from the Bible that God often sends pestilence (disease) as a punishment on people who live a wicked life. I also used statistics from aids.gov, cdc.gov, and the International Journal of Epidemiology to prove that homosexuals are the ones responsible for spreading HIV at a rapid rate. This is due to the reality that homosexuals frequently have anonymous intercourse with complete strangers.

A few of the statements I made in this sermon were picked up by the media. Here are the two main issues the liberal media took exception with:

1. That homosexuals should be executed as criminals according to Leviticus 20:13
2. That no homosexuals will ever be allowed at Faithful Word Baptist Church as long as I am pastor

Several pastors have stood with me in my stand on the word of God against the filth and perversion of our day. Several others have contacted me asking to be removed from our church's directory of soul-winning, KJV-only, independent Baptist churches because "they don't want to be associated with this controversy." Are they saying homosexuality should be legal? It is currently against the law in 80 countries, and it was against the law in many places in America until 2003, but apparently these "old-fashioned" Baptists are up to the minute with their doctrine! Do they allow homosexuals in their churches? If so, guard your kids when visiting these churches!

I can't say exactly where these pastors stand. I don't know what their problem with my biblical sermon is. All I know is that instead of supporting their brother in Christ in his struggle against wickedness and perversion, they are actively discouraging him in his time of persecution and tribulation.

Since they want to be sure they are not associated with me, here is a list of those who have emailed me asking to be removed as a result of my sermon about AIDS:

Here is a list of those who have publicly SUPPORTED me, encouraged me, and backed me up on what I have preached:

Those who have been neutral to my knowledge:

I just know John 8:32...without going negative, what part of the truth don't people (especially pastors) want to know or share?

It's great to be positive all of the time, and it seems with all of the negative forces about us, some churches feel the need to "overlook" the subjects that may hurt someone...therefore catering to evil while claiming they just do that to get people saved.

I am with Pastor Anderson, the truth hurts me sometime as well, but it needs to be preached and in a pure way.

Praise the Lord for these 6 Men. I pray more will join the fight against satan, and will stand on the Word of God.
Isaiah 58:1 KJV
Cry aloud, spare not, lift up thy voice like a trumpet, and shew my people their transgression, and the house of Jacob their sins.
Luke 6:26 KJV
Woe unto you, when all men shall speak well of you! for so did their fathers to the false prophets.
John 7:7 KJV
The world cannot hate you; but me it hateth, because I testify of it, that the works thereof are evil.
Galatians 1:6-10 KJV
6 I marvel that ye are so soon removed from him that called you into the grace of Christ unto another gospel:

7 Which is not another; but there be some that trouble you, and would pervert the gospel of Christ.

8 But though we, or an angel from heaven, preach any other gospel unto you than that which we have preached unto you, let him be accursed.

9 As we said before, so say I now again, if any man preach any other gospel unto you than that ye have received, let him be accursed.

10 For do I now persuade men, or God? or do I seek to please men? for if I yet pleased men, I should not be the servant of Christ.

Calling out the softies lol. Yea, it's quite outrageous how anyone who claims to be a fundamental Christian would disagree with any of the statements made by Steven Anderson regarding the sodomites. How they attempt to reason their disapproval of obvious biblical truth is beyond my comprehension.

Sister in the Mid-west said...

I listened to the sermon on YouTube shortly after it was published. Later in the week I went to look for it so that my husband could listen to it, but it was gone. Did YouTube really block your sermon!? I had a hard time accepting that because there are still videos up in which you say the same things. Oh well, I was able to access the sermon from the church's website, thankfully.

Yay Westcity Baptist in NZ! That church is literally standing alone in it's country. I hope to visit that church.
Don't be discouraged Pastor Anderson, you have the Word of God on your side. Too bad more pastors aren't getting the picture.

I'm happy some were on your side openly.

The rest are cowards.

Greetings from Malaysia. Thank you for an eye opening video, and I do love how passionate you are on keeping true with our Lords' commands. I notice that in the video you called the homosexuals "homos". In your "church tour" video, u had called contemporary christian music 'crap'. Perhaps it is a cultural difference, and therefore to my ears ur language sounded somewhat derogatory and not very loving. I understand your message and agree with it 100% , please don't get me wrong. Also, I have a friend who is homosexual and I ministered to him, and once I invited him to church and he got to meet everyone and experience the love that we all had for him, though we hated the sin itself. I understand that homosexuals aren't allowed in your church - but what if someone is looking for clarity or is a closet homosexual and would like to seek help at your church? please do continue to speak God's truth, in love, and be bold. God's blessings to you and your beautiful family.

Pastor Anderson,
Thank you for publicly standing upon the truth of God's Word concerning Sodomy and AIDS.
Also, it's clear that you researched the issue medically and socially thoroughly. Great work!
If you wish, you may add our church to your list of supporters on your stand regarding this issue.
Pastor Mark Thren
Bible Believer's Baptist Church
Digby, Nova Scotia, Canada