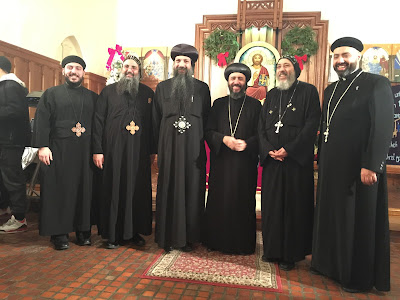 Orthodoxy, whether it be Greek Orthodox, Russian Orthodox, Coptic Orthodox or any other type of orthodoxy, is an apostate false religion. The differences between Orthodox churches are mainly regional, i.e. Greek Orthodox vs. Russian Orthodox. Orthodoxy has all the same heresies of the Roman Catholic Church, because it is the same Mystery Babylon religion which predates Catholicism. Changing the name of a heathen goddess to “Mary” did not make Catholicism and Orthodoxy “Christian.” Pagan practices such as having monks do not come from the Bible. The same superstitious paganism seen in Catholicism is present in the Orthodox religion.

The most important thing to note is that Orthodox churches are wrong on salvation. They teach that salvation involves faith + works + the sacraments and that salvation is a process. Being born again is a one-time event, not a gradual process.

“Marvel not that I said unto thee, Ye must be born again.” John 3:7

Here is a list of Orthodox practices, which show its striking similarities to Catholicism:

Infant baptism
Celibate bishops (even though Orthodox parish priests are allowed to marry)
Chanting vain repetitions
Monks, nuns, and monasteries
Praying to Mary
Praying to saints
Praying for the dead
Candles, incense, icons, idols, and relics (a “relic” can be anything from a piece of wood to the dead body of a saint, which they take on tour)
Services are often conducted in a language not everyone understands

The Coptic Orthodox Church is based in Egypt and claims to have been started by Saint Mark. This is similar to the Roman Catholic claim that Peter was the first pope. The Coptic pope wrote a book called the Heresy of Salvation in a Moment. That same pope also said that “salvation is not attained through good works, but is not attained without them.” This convoluted statement is typical of a works-based religion, but what does the Bible say?

“But to him that worketh not, but believeth on him that justifieth the ungodly, his faith is counted for righteousness.” Romans 4:5

Orthodox churches are completely apostate. Christians shouldn’t be listening to the Youtuber, “Brother Nathaniel,” who is a member of an Orthodox church. This person is a false teacher who chants a vain repetition for hours at a time. If you are a Christian, this man is not your brother in Christ. You wouldn’t listen to a Catholic priest, so don’t listen to an Orthodox one either, because it’s the same religion.

Here is a sermon on Orthodoxy in Light of the Bible
Posted by sanderson1611 at 11:41 AM

Email ThisBlogThis!Share to TwitterShare to FacebookShare to Pinterest
Labels: orthodoxy

Anybody ever wonder why so many religions - not just Christianity, either - require their priests to dress like circus clowns? Strange.

Apologies to any circus clowns reading this.

Jews are inheritantly the problem.

Slice open any abscess, and then unsurprisingly the same Jew will pop out like a maggot.