After the Tribulation Remix Contest 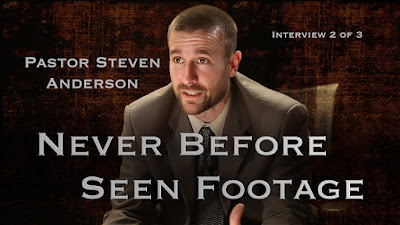 Here are the official rules for the contest:

1. Start by purchasing the new edition of After the Tribulation, which includes both the DVD of the film and the companion flash drive with the bonus material. You can purchase one of these sets on Framing the Word for 39.99.

2. Edit your own film using the material from the USB flash drive. The flash drive contains extended interviews, sermons, etc. Your new film will be entitled “After the Tribulation Revisited.”

3. Your entry must be 45 minutes or longer including the credits, etc.

5. You can add whatever material you like from your own sources. You can make your own graphics and include your own news clips and archival footage. You can also use footage from the Book of Revelation series. You can also add your own background music. Don’t use rock music or Christian contemporary music (CCM). Use classy music if you want to win.

6. Don’t upload huge sections of the uncut USB footage to YouTube. Edit the material into your movie, and then upload your entry.

7. When you upload your entry to YouTube, be sure to upload it as: “After the Tribulation Contest Entry-Your Name.”

8. The deadline for contest entry is March 15, 2017. If there is no acceptable entry by March 15th, we’ll extend the deadline to April 15th.

9. The contest will be judged by Paul Wittenburger and me. We will determine which video we like best--It’s totally based on our whim.

10. The winning entry is going to be released on DVD and we’ll print at least 1000 copies of that DVD. Not only will you get the honor of having your DVD distributed, but you’ll get 100 of those copies plus a flight to Phoenix, Arizona to visit Faithful Word Baptist Church. That’s right, we will fly you out to congratulate you in person.

If it’s a domestic flight, meaning you live in the United States, we’ll give you two tickets, so that you and one other person can visit. If you live overseas, we will pay for just the one ticket to fly you out. If someone from Phoenix wins, we can fly you to another city to visit another awesome church.

11. There is also going to be another “viewer’s choice award.” Whichever entry gets the most thumbs ups on YouTube will receive an honorable mention and 100 dollars.

12. Many will enter. Few will win. “For many are called, but few are chosen.”

I know there’s a lot of talent out there, so I look forward to seeing what you come up with. Even if you don’t win, you are putting a version of the documentary out there and helping to spread the truth of God’s Word.

Here’s the video where I discuss the rules of contest in a little more detail.
Posted by sanderson1611 at 12:30 AM

Email ThisBlogThis!Share to TwitterShare to FacebookShare to Pinterest
Labels: After the Tribulation, rapture