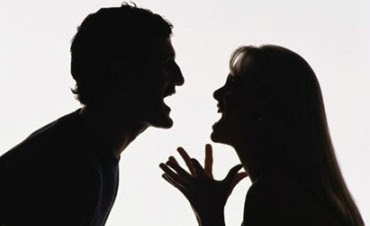 At the end of the book of Job when God blesses Job and his wife with ten more children, I’m assuming this is the same wife that told Job to curse God and die. There is no mention of the first wife dying or Job getting a new wife. Some people find this hard to believe, but it really doesn’t surprise me. People have a tendency to assume that if they have a big fight then the marriage is over.

Job’s wife had just lost all of her children and was going through a terrible time when she said that to him. Most people haven’t gone through anything like what they went through, but if you’ve been married for any length of time, you have likely had at least one major fight.

People who are dating or engaged can’t always picture themselves going through marital strife in the future, but it’s important to warn people that there will be some conflict. I remember when I was looking for an apartment when my wife and I first got married, and my sister advised me to get a one bedroom apartment as opposed to a studio. “When you get in a fight, you’re going to need that door.” I couldn’t imagine that at the time, but I got the one bedroom, and my sister was right. There will be disagreements, and sometimes, you need to go to another room for a little while to cool off.

Pastors who act like they have a perfect marriage are doing the congregation a disservice. Hollywood and the music industry are already perpetuating an unrealistic view of romance, so someone needs to give people a reality check. When problems arise, and they will, people will assume it’s just them or their spouse. They’ll think that they must have married the wrong person.

It’s kind of like when pastors teach a pre-tribulation rapture, and people aren’t prepared to go through persecution. A pre-trib style marriage philosophy doesn’t provide a realistic expectation about marriage. They go into marriage assuming everything will be great, and then they are shaken when they don’t get along as well as they expected.

I can honestly say that my marriage is better now than when I was a newlywed, but I’d be lying if I said it has always been wonderful. We’ve had our ups and downs just like everyone else. Hopefully, you have gotten off to a good start in your relationship, but don’t be surprised when things get ugly.

I recently heard about a conversation between two co-workers:

“She called me stupid.”

This is a perfect example of having unrealistic expectations about marriage. That guy’s wife failed to reverence him when she called him stupid, but we are all sinners. No marriage is perfect all the time. People who have forgiven each other for much greater offenses would laugh that off as a minor infraction.

Those couples who bail after a few months or even several years never find out that marriage does get better. You learn which buttons to avoid pushing and how to resolve conflicts with your particular spouse. Marriage is a series of ups and downs, but if you ride out the low times, the fights will become few and far between. You’ll fall in love with each other again and again, and over time, you’ll reach a higher level of satisfaction in your relationship.

Here is a sermon to go with this article
Posted by sanderson1611 at 3:00 AM