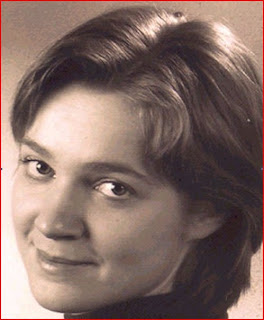 Now that my parents were used to the idea of Zsuzsa coming out and staying with us for a couple of weeks, I sat down with my mom one afternoon to brainstorm and come up with as many ideas as possible of fun things to do while she was visiting. Although I had grown up my whole life in Sacramento, CA, there were a lot of places in Northern California that I had never seen or been to, so I was pretty excited myself to go to a lot of these places. It also sounded like more fun than going to Germany again because whenever I went to Germany, I was working hard the whole time I was there and doing very little sightseeing. This, on the other hand, would give me lots of German practice but would be a pure vacation!

A few things to keep in mind: although I had obviously felt an attraction to her the first time I met her, and I even had a premonition that I might marry her on Wednesday afternoon of the week that I met her, I was definitely not in love with her because I still barely knew her. We had spent a total of about 40 minutes together on the three occasions I met her in Germany, and we had only talked on the phone once for about 10 minutes. Also, she was still not saved, and I had absolutely no intention of ever falling in love with, dating, or marrying an unsaved girl, no matter how much I liked her. In the 9 months between the time I met her and the time she came out to visit, I had gone on a lot of dates with various girls, but nothing serious at all. Every girl I ever dated was saved, and my first step was always to bring them to my church to see if they enjoyed the hard, biblical preaching. I just looked at this as having a good time showing the sights of California to a friend, but obviously I hoped that she would get saved and that sparks would fly. However, I didn't have my heart set on it.

My mom and I sat in the living room brainstorming as I wrote out a list of places to go during her 17 day visit. I took the whole 17 days off from my job at Round Table Pizza and decided that I would spend every last dime of the $1000 I had saved up for my now canceled Germany trip. Here is what we came up with:

Marine World Africa USA in Vallejo, CA
Old Sacramento
Rafting on the American River
The Moaning Caverns
Highway 1 and the Pacific Ocean
Six Flags Great America (we ended up going to Marine World twice instead)
San Francisco and Chinatown
Kayaking on the American River
Folsom prison (this fell through since they didn't allow foreigners to tour)
Waterworld USA
Lake Comanche
A Beach Boys concert (yes, I was worldly back then)
Golfland Sunsplash
Folsom Lake
A couple other places that I can't remember

…and of course, all 3 church services each week.

Finally, July 28 rolled around, and her flight would be arriving at the San Francisco airport about 5:30pm that evening. The San Francisco airport was less than 2 hours from my house in Roseville, CA, but for some reason I left to go pick her up first thing in the morning. I was there for literally over 8 hours waiting for her flight to arrive! I was just really excited about her coming, and since I had no cellphone or anything (almost no one did back then), I was afraid of getting stuck in traffic and not being there when she got off the plane (okay, looking back it was ridiculous to arrive that early, but hey, better than being late, right?). I spent the entire day at the airport reading, walking around, and eating a few meals.

Then I started thinking that it may be difficult to recognize her since I had only met her 3 times briefly, and it had been about 9 months since then. So I made little sign to hold up that said "Zsuzsanna Tóth" like limo drivers do. When her flight finally landed I stood there holding my sign as a huge throng of people flooded out of customs, and I waited anxiously to spot her. 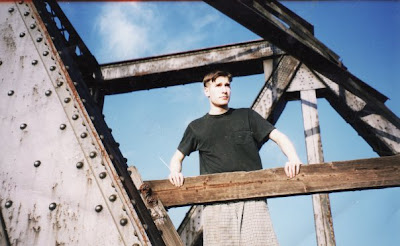 Whoa, 8 hours! That was before 9/11 and TSA. Anxious is an understatement. You really wanted to improve your German. I drove up Pacific Coast Hwy 1 and been to San Fran once 19 years ago.